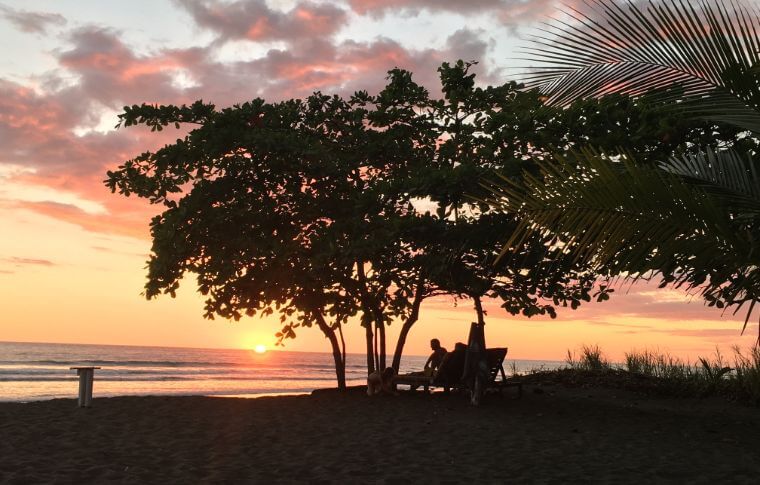 Customized exclusively for homeschool students, families, and friends ages 10+ years old, this trip offers an extraordinary opportunity to engage with the natural world and experience biodiversity in Costa Rica. From waterfalls and volcanos to biological reserves and animal rescue centers, this program will awaken your senses with unforgettable educational activities and adventures perfectly suited for the entire family.

Why Choose This Program:

Rafting along the beautiful Pacuare River

When registering for the trip, you have the opportunity to enroll in our Guaranteed Refund Program (GRP) by selecting the additional CFAR coverage at a nominal nonrefundable premium of $70 per traveler. Opting in is the best thing you can do to protect your investment.

The number one question families ask us these days is “How much refund will I receive if needing to cancel, and how can I be guaranteed the maximum refund?” In response, we created the Guaranteed Refund Programs (GRP) so that you can remain confident that your investment is protected even if plans change.

– Roundtrip flights between your home city & San Jose (not currently included in Land Only pricing above, please contact us to book flights from your departure city ***flights must be booked through Discovery Expeditions to qualify for insurance coverage)
– Private motor coach transportation between cities

¡Bienvenido a Costa Rica! Arrive in San Jose International airport where you will meet your personal Guide & tour leader who is fluent in both English and Spanish, and transfer to the hotel. (Driving time: 25 minutes).

Visit Pre-Columbian Gold Museum which is located in a subterranean building underneath the Plaza de la Cultura and managed by the Banco Central de Costa Rica. The museum has a substantial collection of over 1600 artifacts of Pre-Columbian gold dating back to AD 500. The collection includes Costa Rica’s first coin, the Media Escudo which was minted in 1825, animal (notably frog) figurines, amulets, earrings, erotic statuettes, and El Guerrero, a life-sized gold warrior figure adorned with gold ornaments. In Costa Rican history, gold was considered a symbol of authority and the items are testaments to the craftsmanship of the Pre-Columbian period. There is also a replica of a pre-Columbian grave containing 88 gold objects (unearthed on a banana plantation in southeastern Costa Rica in the 1950s).

The Museo Numismático (National Coin Museum) is also located in the same building and features collections dating back to 1236, including coins, banknotes, and unofficial items such as coffee tokens. The “Casa de Moneda” is also located here and offers information on the history of minting in Costa Rica with displays illustrating its development.

The trip down this wild and scenic river offers some of the finest white water rafting in Latin America and takes you past luxuriant rainforest, crystalline waterfalls, and dense vegetation covering the sides of steep gorges. It is also an environmentally sustainable adventure that is carbon neutral and supports efforts to conserve the river’s ecosystems and help nearby communities.

Ride in a bio-diesel bus past lovely mountain scenery to a rustic restaurant where you’ll enjoy a typical Costa Rican breakfast made with organic ingredients. We’ll then drive you to the Pacuare River put-in site, where our expert river guides will give you a quick course in white water rafting and safety before you begin your 18-mile journey down that spectacular waterway. You’ll float past pristine tropical forest populated by toucans, parrots, and other birds, and protected nature reserve.

This unforgettable river adventure combines class-II and -IV rapids with floats past breathtaking scenery that includes massive tropical trees and waterfalls that plummet into the river. We’ll break for a healthy lunch by the riverbank in a traditional palm-thatch structure owned by a Cabécar Indian family, who recycles our organic waste and washes dishes so that we don’t have to use disposable plates and cups. After lunch, we’ll paddle through more adrenaline-pumping rapids and marvel at amazing scenery, such as the narrow canyon of Dos Montañas. After we reach the highway, you can change into dry clothes before continuing your journey to Sarapiqui.

Enjoy a guided walk with a naturalist guide who will show you a glimpse of the cutting-edge research conducted at La Selva. Understand the Natural and Tropical History of the Rain Forest.

The reserve protects a large portion of Costa Rica’s biodiversity for numerous species of birds, mammals, and insects that migrate periodically between the highlands and the lowlands. The change in elevation includes many life zones through a forest corridor that descends in elevation from 2,906 meters at Volcán Barva to 35 meters above sea level at La Selva.

The activity is perfect for kids, teenagers and adults (all ages).

Sky Trek is a thrilling zip line circuit located in La Fortuna Arenal. Start your tour by riding an open-air gondola from the ground to the heights and arrive at an observation area for fantastic views. From this point, you will start riding down on a zip line track stretching across canyons and in between treetops, the exhilarating adventure of zip lining down the mountainside begins; ultimately returning to your starting point at the main building. Sky Trek is one of the most thrilling zip lines in Costa Rica.

Once you finish this part of your adventure, enjoy a nature hike through Arenal National Park. The Arenal Volcano tour starts with a drive to the western side of the volcano, which is the area that has been most affected by the initial activity since 1968. Once there, you will embark on a very informative hike along the Park trails. You have your choice of which trail to take: Las Coladas trail, which traverses the rainforest and crosses over a large lava flow from 1992 where all the impact from past eruptions can be observed, or Los Tucanes trail, which goes mostly through the recovered forest of past activity and where we can see more wildlife.

After breakfast, travel to the area of Dominical, located on Costa Rica’s amazingly beautiful Central Pacific coastline. The small village of Dominical is a surfer’s paradise where waves can reach over 10 feet high, attracting surfers not only from across the country, but from all over the world. This village is a great place to lie back and enjoy the various activities and water sports found here.

After breakfast, you will be taken for a surfing experience! In your class you will learn all the basics of surfing, starting from zero. (No experience needed).

Safety and ocean knowledge, surfing etiquette, positioning on the board, how to paddle, how to stand up properly, and how to ride a wave!

– Option to add Cancel for Any Reason (CFAR) benefit to your insurance plan and enroll in our Guaranteed Refund Program – cancel up to 48 hours prior to departure and receive 75% of nonrefundable payments or deposits paid to Discovery Expeditions, less any refunds provided
– Roundtrip air
– Airline Baggage Fees (airfare typically includes 1 checked bag per passenger)

View Our Other Programs

Land Only Expedition Costs: Book Below